The race to 300mph just got a lot more interesting with Hennessey unveiling the new Hennessey Venom F5 at SEMA 2017 in Las Vegas. 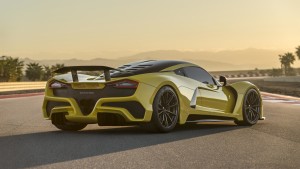 Company founder John Hennessey has audaciously declared that the Hennessey Venom F5 will be the first road car to exceed the elusive 300mph (482km/h) barrier.

“We expect the Venom F5, named for the most powerful tornado speed winds on the Fujita scale, to be the first road car capable of achieving more than 300 mph and have worked closely with Pennzoil to get us across the finish line,” said company founder, John Hennessey. 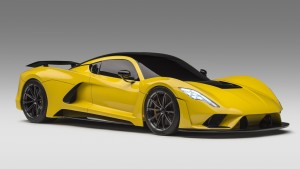 The Venom F5 is powered by a twin-turbocharged V8 engine that delivers 1193kW (1600hp) to the rear wheels complements of a bespoke seven-speed single clutch paddle-shifted transmission.

Hennessey’s newest offering isn’t just brute power and no thought, in addition to the insane powerplant, the Venom F5 utilises an all carbon-fibre body and lightweight chassis that delivers a drag coefficient of just 0.33 and weighs a meagre 1338kg. 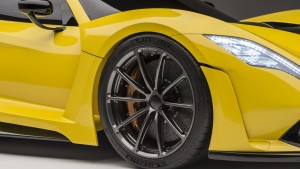 Hennessey claims that the Venom F5 will accelerate from a standstill to 300km/h in under 10 seconds which, if true, would make it faster than any current Formula 1 race car.