The New Mercedes-Benz Beast Could Be The Ultimate All-Rounder

The much-anticipated 2018 Mercedes G-Wagon has been one of the hottest topics in recent car news. Game changing amounts of power, rugged exterior and class to boot has all been promised and was today confirmed as a handful of images leaked their way to the public’s eye.

With the big hitting G-Wagon from Mercedes expected to be revealed at the Detroit Motor Show later this month, it was a relief for some to see the new SUV beforehand. 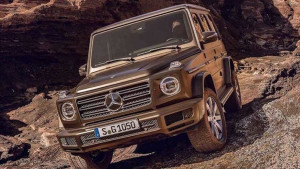 Despite the new iteration of the SUV sporting some quite exciting changes in design, it still incorporates a significant number of characteristics from previous models including rear mounted spare wheel cover, round headlights and incredible flat body panels.

With a few hints of the older model shining through on the new model, its exciting to see a handful of revisions and new design to accent the G-Wagon too. LED low-mounted lamps add a modern touch to the front end along with shaved down panels at both ends to aid fuel economy. A smoothed rear section and centre taillight change also aid in the ‘sleekening’ of the car. 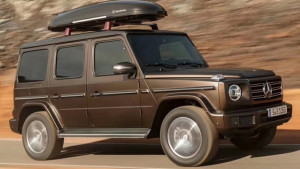 As we delve deeper into the specs of the car, we see more and more changes that Mercedes has made through the development that has enabled a massive step forward in performance and comfort. 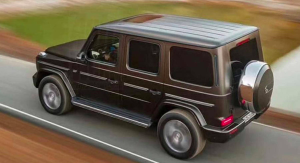 Updated interior styling means the cabin is an incredible place to be no-matter what’s happening around you. The revised chassis utilises a new front independent suspension set up with adaptive damping, an electro-mechanical rack and a re-designed steering setup meaning a tighter turning radius when compared to the previous model. 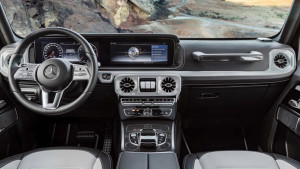 If you thought the tough exterior and luxurious interior was where the masterpiece stopped, think again. The base model G550 Wagon receives an impressive 310kw V8 power plant with the top of the range G63 AMG being propelled by a stonking 4L twin turbo V8. With almost enough torque to pull a house from it’s foundations, 450kw/850Nm, its easy to see that this SUV isn’t just another run-of-the-mill family SUV.

2018 is an exciting time for car lovers and with pedigree such as that of the new Mercedes-Benz G-Wagon, we can’t wait.