A Piece of Motoring History Going Under The Hammer

How much do you think a piece of motoring history is worth?

Let me paint you a picture – it’s the 1920’s and you’re a car manufacturer up against luxury vehicles made by the likes of Rolls-Royce. What do you do? You make an equally as luxurious car with performance to back it up of course. Let me introduce you to the 1921 Alfa Romeo G1.

The 6.3L power plant pushed out a respectable 52kw at the time and was capable of reaching well over the speed limits of today and even received design input from Enzo Ferrari. Performance like this saw that the G1 would win the production class of Coppa del Garda, however, due to a poor post-war Italian economy, the G1 sadly never took off with the public due to its extravagant nature and poor fuel economy. 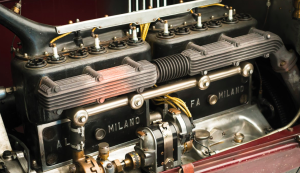 Chassis 6018 of the G1 is set to head to auction at RM Sothebys in Arizona during January of next year for the price tag of $2,000,000 and being the only example of a G1 in the world that still runs, it is more than likely to fetch every dollar of that.

The story of this particular G1 isn’t quite what you’d expect from a $2,000,000 car though. The G1 was originally owned by a Queensland based banker before he went bankrupt and hid the car on his farm only to be discovered decades after his passing. By this time, the car was being used as a paddock basher with the engine even being removed at one point to help power a water pump on the same farm. It wasn’t until the engine and body was found in 1964 that the car was re-assembled and begun its ten-year restoration project.

With the car restored and racing again in 1977, where it won the 1978 Millie Miglia memorial, it then sat for nearly 20 years before another restoration was completed on the car in the mid 90’s. The G1 was then put into various displays across the country. 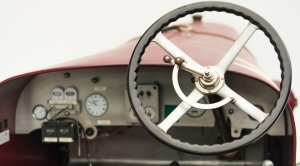 With such a rich history and defined character, we’re not at all surprised to see this example priced in the millions. What do you think?