Holden and Ford are set to reignite their rivalry with Holden confirming that the Chevrolet Camaro will be converted to right-hand drive and sold under the HSV moniker.

The Ford Mustang fighting Chevrolet Camaro will fill the void left by the outgoing Holden Commodore V8 following the demise of the locally built performance sedan.

HSV Managing Director, Tim Jackson, affirmed the importance of the Camaro in keeping Holden’s performance arm alive in Australia: “This marks a whole new era for HSV and Holden and I hope our customers are as excited as we are. HSV is moving beyond simply ‘hotting up’ existing models and customers will see two product streams from HSV over the next few years.” 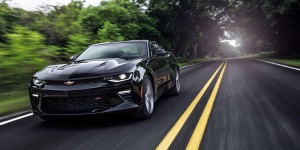 The Chevrolet Camaro 2SS coupe will be powered by a 6.2-litre direct injection V8 that produces a healthy 340kW of power and 615Nm. These numbers may be subject to change once the engine has been modified to meet Australia’s rigid emission regulations.

Once converted to RHD for the Australian market, the Camaro will cost close to $90,000AUD- significantly more than its natural rival from Ford. 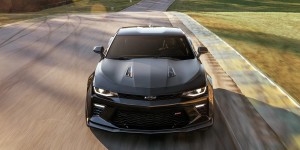 The Camaro will have to fight hard to justify its significant price premium over Australia’s favourite sports car- The Mustang GT. The humble Ford packs 306kW of power and 530Nm of torque for $59,990- some $30,000 less than the Camaro.

Contrary to early speculation, the Camaro will be sold as a Chevrolet- not a Holden. Holden executive director of marketing, Mark Harland: “It’s going to be marketed as a Chevy, we can’t put a Holden badge on it. The Camaro is an iconic Chevrolet product, and you’ll see the Chevy logo in HSV/Holden dealerships.”

The Chevrolet Camaro will be available from July 2018 where it will be sold through the HSV dealership network.