If you thought the HSV GTSR W1 was a rare commodity in Australian muscle car circles, the prodigious HSV HRT 427 Monaro takes things to an entirely new level.

Built in 2002, the HSV HRT 427 Monaro was the first and only time that HSV squeezed a 7.0-litre V8 LS6 into the body of Australia’s working-class hero- the Holden Monaro. 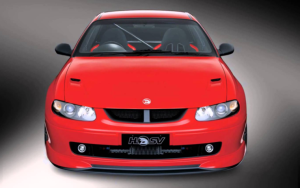 Today, there are just two HSV HRT 427 Monaro’s in existence. This privately-owned example and one that sits at the GM head office- a constant reminder of what could have been.

Originally designed to go head to head with the best four-seat sports cars from BMW, Porsche, and Mercedes, the HSV HRT 427 Monaro was an ambitious plan that ultimately failed to take flight. Holden’s plan to build 150 examples to be sold locally and abroad fell flat when it became painfully obvious that, despite an asking price of more than $200,000, there was no way the HSV HRT 427 Monaro would be a profitable venture. 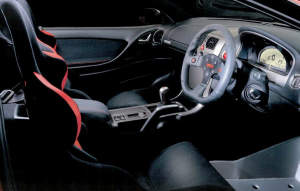 The centrepiece of the HSV HRT 427 Monaro is the GM racing developed 7.0-litre dry-sumped C5-R engine. Tuned to produce a colossal 412kW of power and 780Nm of torque, the HSV HRT 427 Monaro will sprint to 100km/h in 3.8-sec, knock off an 11.6-sec quarter mile and keep accelerating all the way to 300km/h. Enough to make the range topping Holden Monaro GTS look rather pedestrian by comparison. 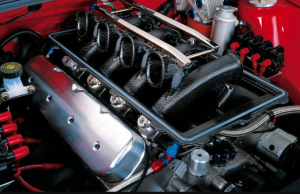 In addition to the insane powerplant, Holden also built bespoke suspension components, fitted it with a roll cage and stripped the car of virtually all its creature comforts.

Given the demise of local production and the impending arrival of the Chevroloret Camaro, it is likely that the Australian market will never see a New Holden Monaro, which makes the HSV 427 an even more valuable commodity.