Hyundai will build a two-seat hybrid sports car to sit atop the forthcoming range of ‘N’ performance vehicles.

The Korean manufacturer has used the Consumer Electric Show (CES) in Las Vegas to unveil a swag of new technologies that will feature in the hybrid sports car and eventually trickle down to the rest of the range. 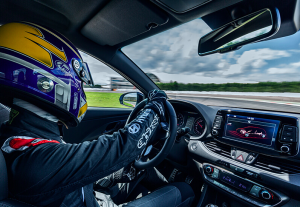 Hybrid drivetrain technology, autonomous driving, and fuel cells are the tip of the iceberg as Hyundai fights for legitimacy as a performance car manufacturer. The new Hyundai Veloster will play a large role in the success of the project.

Hyundai’s chief designer Luc Donkerwolke confirmed that the current projects the team is working on do include ‘proper sports cars’, confirming; “We are definitely doing it.” Exactly what however is still anybody’s guess, however, if Donkerwolke’s previous work is anything to go by- it’s going to be good.

Donkerwolke, who is responsible for designing the Lamborghini Diablo, Murcielago, and Gallardo during the early 2000s, will spearhead the design for the N division performance range in 2018 and beyond.

In addition to Donkerwolke’s input, the project is also being intertwined with Albert Biermann, the head of Hyundai N Division and former head of BMW’s M division. A hint of BMW driving dynamics and Hyundai reliability form the basis for a formidable hot hatch.

If Hyundai goes ahead with the project, it is likely the new sports car will fall firmly in the firing line of Australia’s most popular sports car- the Ford Mustang GT. The Mustang, which utilizes a 5.0L V8 with 306kW of power and 530Nm of torque, will be a formidable opponent for whatever the Korean’s can come up with.

While the Ford Mustang GT may seem like the obvious opponent for the forthcoming Hyundai Hybrid Sports Car, Hyundai insiders have admitted that a Porsche 911 has been used as a benchmark in testing. 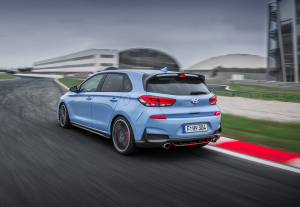 Hyundai is yet to confirm a timeline for the Hyundai Hybrid Sports Car, however, given we are yet to see any engine or design specifications, this is likely to be a project that comes to fruition beyond 2020.