The Jeep Grand Cherokee Trackhawk is the 2.4-tonne Supercar-Scarring SUV that will safely stow your three-tier cake, so you can eat it too.

Billed as the third most powerful new vehicle for sale in Australia- behind the Lamborghini Aventador S and Ferrari 812 Superfast- the Trackhawk commands a comparatively modest asking price of $134,900 before on-roads. 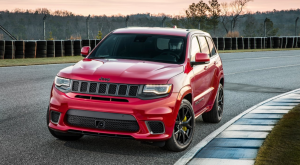 The Jeep Grand Cherokee Trackhawk utilises the same 6.2-litre supercharged Hemi V8 engine that you’ll find in the US Market-Specific Dodge Challenger and Dodge Charger Hellcat. The blown Hemi V8 produces a ludicrous 522kW of power and 868Nm of torque- enough to propel the family friendly SUV to 100km/h in 3.7-seconds and on to a top speed of 289km/h. 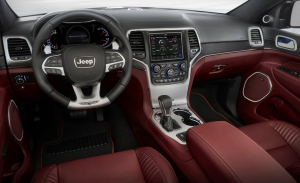 The claimed fuel consumption on a combined cycle is 16.8 litres per 100km- but don’t expect to get anywhere near this number in the real world. 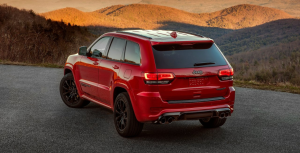 The Trackhawk is a significant step-up from the current range-topping Jeep Grand Cherokee SRT that retails for $91,000 before on-road cost. The Grand Cherokee SRT- which utilises a naturally aspirated 6.4-litre Hemi V8 to produce a comparatively modest 344kW/624Nm- will be sold concurrently with the Trackhawk. The formidable 4×4 inserts itself into the Dodge Charger vs Challenger equation as a genuine, power-hungry alternative for those who need a bit more room for the family and kids. 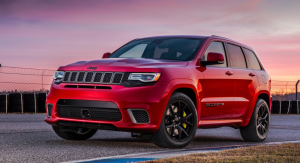 For a performance and value proposition, the Grand Cherokee Trackhawk is in a class of its own. The Jeep’s closest performance rivals are the 485kW/850Nm Lamborghini Urus and 419kW/800Nm Porsche Cayenne Turbo S, both dwarf the Jeep’s price tag with asking prices of $389,990 and $289,990 (before ORC’s) respectively. 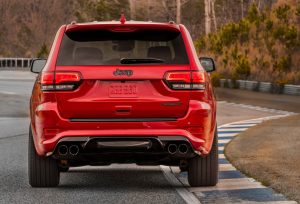 Jeep Australia expects the Grand Cherokee Trackhawk to be a sales success in Australia, helping to fill the void left by the departure of locally built Ford Falcon and Holden Commodore performance models.