Korea’s answer to the outgoing Holden Commodore and Ford Falcon has been dealt a significant blow after being awarded a measly three-star ANCAP rating.

The Stinger SI, and GT-Line variants (mid-range) along with the GT (top of the line) have all been awarded the best possible rating, five stars and nothing but accolades, however, the entry grade version of the car lets the group down.

ANCAP CEO James Goodwin has slammed the fleet focussed 200s four-cylinder and 330s six-cylinder versions after they were awarded a less than impressive three-star safety rating. 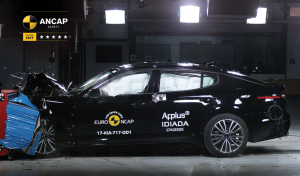 “Australasian consumers have come to expect five-star safety and, for this calibre of vehicle and at this price-point, there should be no safety exceptions – 5 stars should be the minimum safety rating offered across all variants”

While the omission of features such as the autonomous-emergency braking and lane-keep assist have helped to shave thousands of dollars off the asking price of the 200s and 330s models, they also resulted in a ‘Safety Assist’ score reduction of 25 percent. 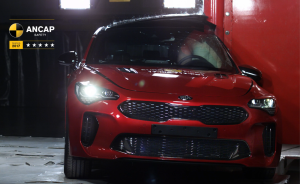 Goodwin wasn’t shy in letting the Korean manufacturer know that they were putting prospective buyers in danger, advising Kia that they should rethink the safety specifications in entry level Stinger models.

“Australasian customers should feel let down that important safety features are being left out of the vehicles we’re being supplied.  We would urge Kia to offer the same safety specification across all variants and all markets to ensure the best safety outcomes.” 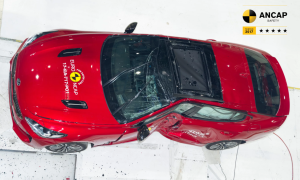 The lower ranked Kia Stinger S model scored lowly across the board when compared to its higher ranked siblings. With the S Model scoring 84 percent for adult occupant protection, 81 percent for child occupants, 67 percent for pedestrian protection and only 25 percent for safety assist technologies with the high achievers scoring 91 percent, 81 percent, 70 percent, and 78 percent.

Kia are yet to comment on whether they will revise the safety specifications in the entry level Stinger models.