The McLaren F1 is widely acknowledged as the most progressive and disruptive road car ever built. In a production run that lasted between 1992 and 1998, McLaren built just 106 examples of the F1 road car and, as such, created one of the most sought-after supercars that money can buy. 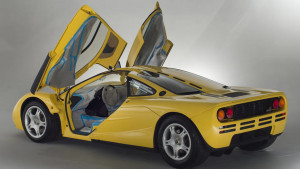 After two-decades of careful storage, this unregistered McLaren F1 has just 149 miles (239km) on the odometer courtesy of pre-delivery testing. When it was sold in 1997, the McLaren F1 was shipped to Japan where it was meticulously stored by the owner for the next two decades. 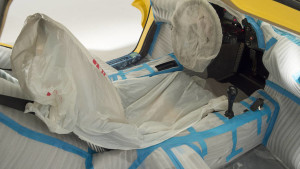 The showroom condition F1 still features the exterior protective film and interior covers- a throwback to when it left the Woking factory in 1997. It doesn’t stop at the protective wrapping and impossibly low mileage, the F1 also includes the leather-cased owner’s handbooks, Facom tool chest, gold plated tool set, and perhaps most impressively, A Tag Heuer watch engraved with chassis number 60. 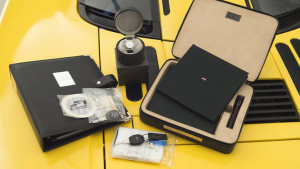 Derbyshire dealer Tom Hartley Jnr have tight lipped about the final sale price of the McLaren F1, however, if the 9,600-mile F1 that sold for $15.6million USD earlier this year is anything to go by- expect a figure close to $20million USD.