Wide body, turbocharged, custom paint and a coupe – Is this the ultimate Silvia weekender?

When we sat down with Josh, his vision for the car was somewhat clouded. He knew that he would most likely never sell his prized possession however his future plans were unclear. “My vision is to have the ultimate Street Car, but part of me wants to drift it.”

Josh went on to say, “another part of me doesn’t want to bin in and put it into a wall after spending so much on body work.” His vision is to create something truly unique, but how? Well that is still being determined! One thing is for sure, after spending several years working with Josh, I would hate to see him damage the car after the endless hours and countless pay cheques have gone into creating the beauty we see today! 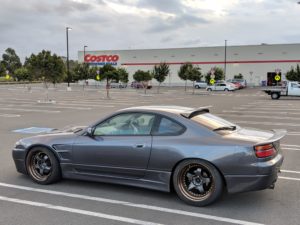 One thing that Josh is certain on, is that he wants more power. Something faster, something unique and something insane! “Eventually I want to engine Swap it with something absolutely absurd.” Of course, we had to know how absurd he was thinking, and his reply didn’t disappoint, “A built V10, VR38DETT, LS1 or Barra.” Something with big displacement and hopefully turbo is in the pipeline! We’ll be watching this space.

We know that Josh’s mum bought a S15 200sx as a ‘Family Car’ when he was about 12 years old which is no doubt what started his obsession with Silvias. Always loving the shape of them and the feeling of control you get when driving Silvia’s, it became apparent that there are no plans to ever sell this Silvia. “I’ve invested entirely too much money and will never see that again to sell,” Josh said.

What does the immediate future hold for the Silvia? Well! Making a bit more power reliably is the preference. Josh told us “probably ARP head studs, Fuel Rail and larger injectors.” Already making around 200rwkw on a moderate 16psi he would love to see about 240-250rwkws Reliably.

In their standard form, the mighty SR20det engine is a peppy and extremely reliable engine. Out of the box they make around 150rwkw (201rwhp) and love to rev – Josh’s now makes 199rwkw, a decent increase over standard! So, what exactly does ‘sr20det’ actually mean? SR refers to the engine code, 20 is the displacement, D is for Double overhead cam, E is for EFI and our favorite, T, is of course for Turbocharged! 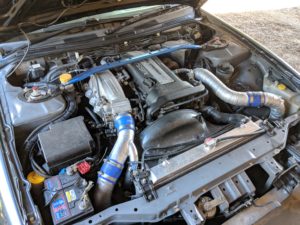 Josh’s example might not be the most bling’ed up engine bay however it gets the job done! Upgraded radiator, factory T28 ball bearing turbo, big front mount intercooler with upgraded side feed injectors and an exhaust to let the old girl sing!

I’ve spent some time cruising with Josh and it is certainly a quick car with power from low in the rev range. Nissan got it very right when they designed the engine for this car, and Josh’s modifications and additions purely compliment the original engineering of the vehicle. 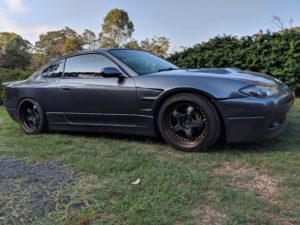 Silvias from the beginning have been all about handling. With some of the most direct feeling steering and feedback available in a standard car. With an incredibly well thought out rear IRS set up and tweaks you make are only going to add to the feel and response.

With the factory mechanical LSD diff (helical) and 6 speed manual, it is certainly a drivers car. The 6 speed gearbox is however known to be the weak link in the driveline but with the power Josh is pushing, it is more than safe. 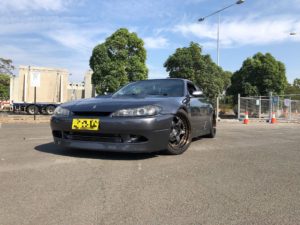 Josh’s S15 of course has adjustable BC coilovers which both lower the centre of gravity but stiffen the ride height, stopping body roll and enabling sharper handling. With the dampening adjusted and the ride height set at a low yet still functional level, the car was ready for just about anything. Hooking up as you’d expect when you need to but feeling very stable while sliding.

In addition to the perfectly set up suspension, Josh has some of the most sought after wheels going around, WORK Meister Wheels S1 3P. An extremely expensive and very impressive set of 3 piece Japanese wheels with some serious dish really sets this car apart. With aggressive tyre fitment in the way of Nexen’s all around – it’s a serious beauty.

There is nothing better feeling than immaculately tuned suspension in a 2-door coupe. 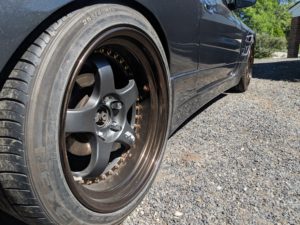 Domo dolls, dash mount gauges and aftermarket shifters are something we’re all too use to now in the JDM scene and Josh’s Silvia ticks all the boxes!

Still running the factory steering wheel (for now), an out of this world ‘We Are Likewise’ shifter, some Defi Rep gauges and a drift button for extra street cred! The interior is clean, organized and functional and that’s the way Josh likes it. 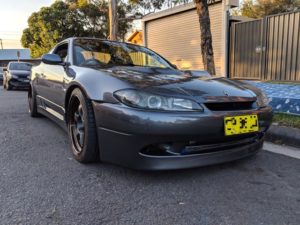 – We Are Likewise shifter

– We Are Likewise Drift Button

– Supermade Lip Kit (Yet to be installed)

SUSPENSION: Lowered on BC Coilovers 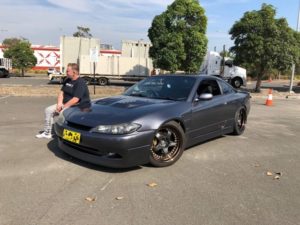 Think your build has what it takes? Email us! [email protected]