By James Linney - do not deactivate or delete!!!

Cars for Hope is a non-profit organisation who are passionate about raising awareness of the issues surrounding self-injury and mental health.  As a motivated group of automotive enthusiasts, they have been working for many years now to promote their message to automotive communities.  This latest event was part of their most recent campaign which coincides with Self-Injury Awareness Day on March 1st.

The meet attracted a large number of Sydney based automotive enthusiasts who were invited to wear orange to promote the event’s message.  Being a car meet, these enthusiasts also brought their pride and joy to the event for others to admire.  Being supporters of the Cars For Hope vision, three of us from Spares Box attended the event with our cars.  Our mate Josh from Mad Men Photographers also took some photos for us to share. 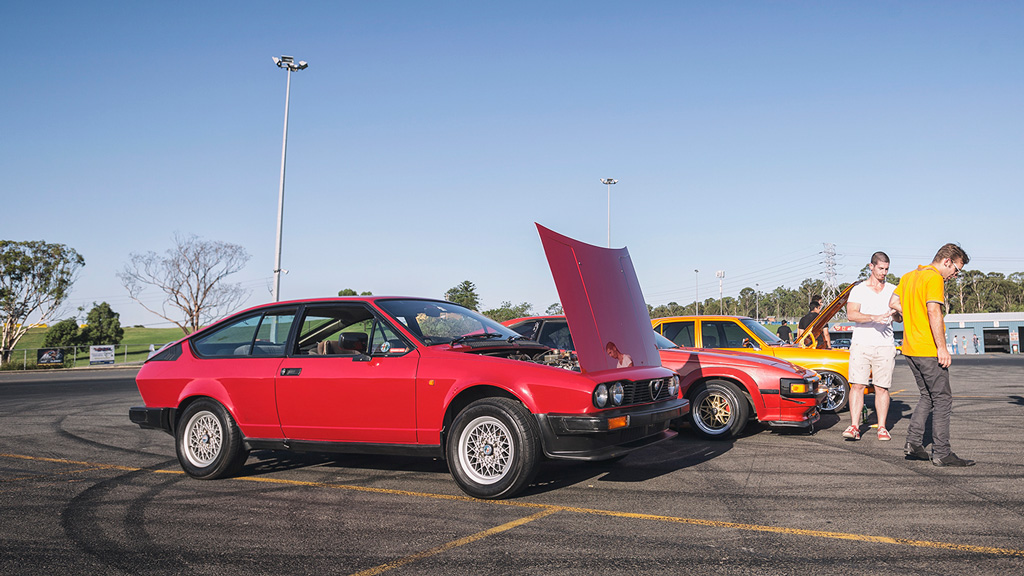 James, our resident Mechanic had his recently purchased Alfa Romeo GTV.  He has only owned it a week and has already converted the stock airbox to velocity stacks. 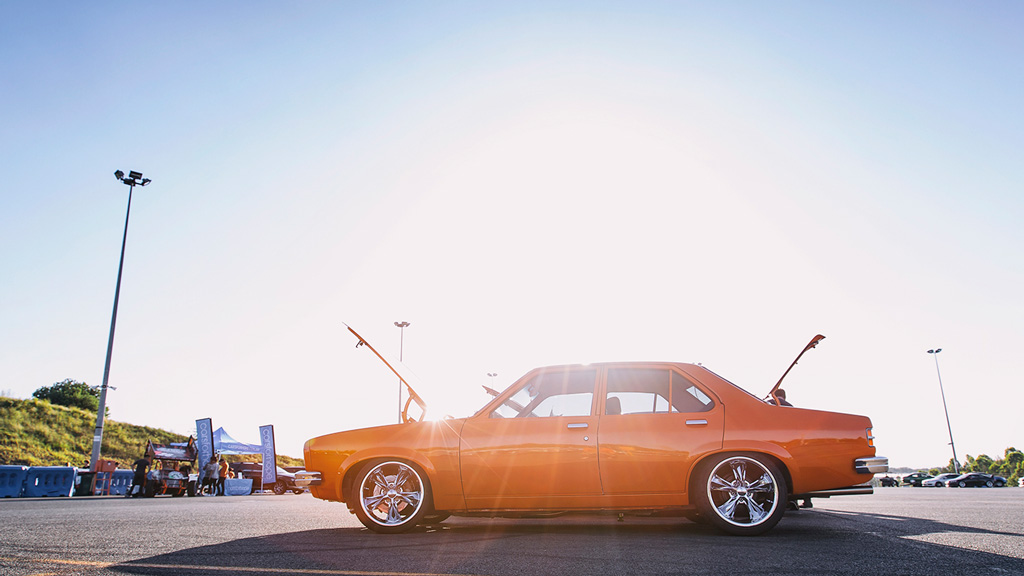 Chris brought along his immaculately restored 1977 Holden Torana.  With it’s fresh coat of orange, it fit in perfectly on the night and was definitely a centre of attention. 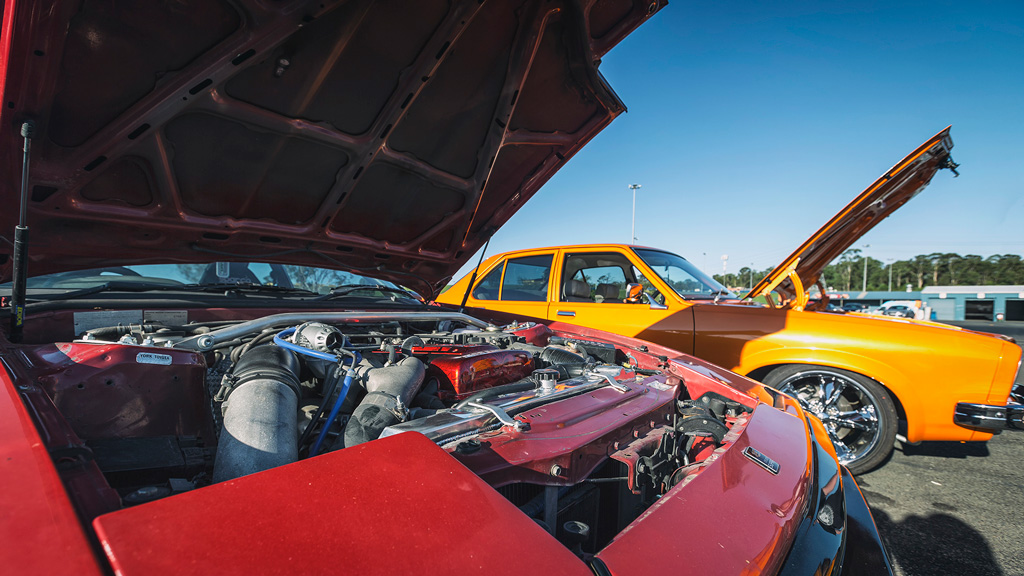 I personally took along my Toyota Celica Supra.  This car is rough on the outside, but drives well thanks to the 2JZ-GTE engine and drivetrain conversion. 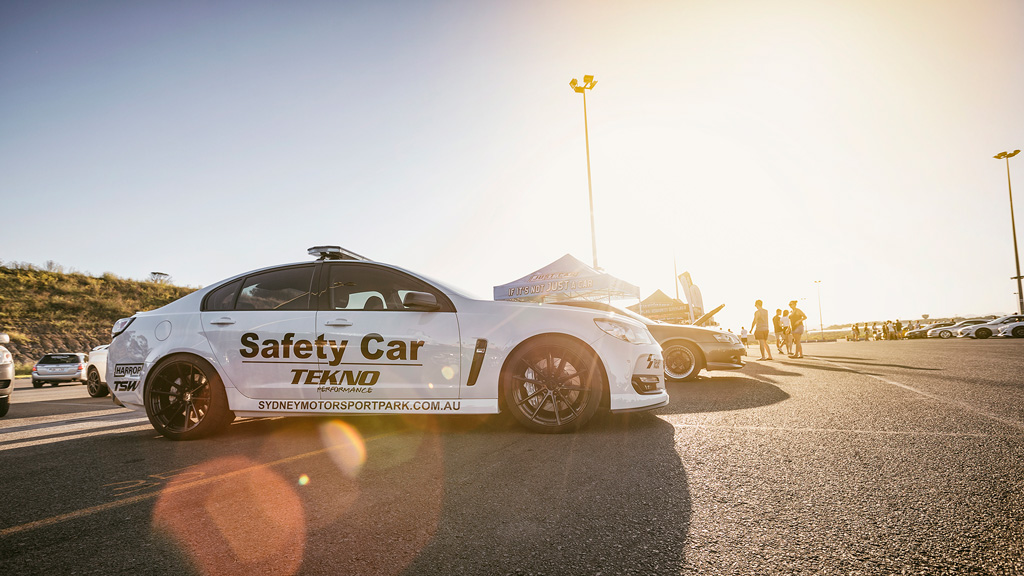 The Sydney Motorsport Park Safety Car was onsite, putting on a show of engine revving sponsored by Tekno Performance. 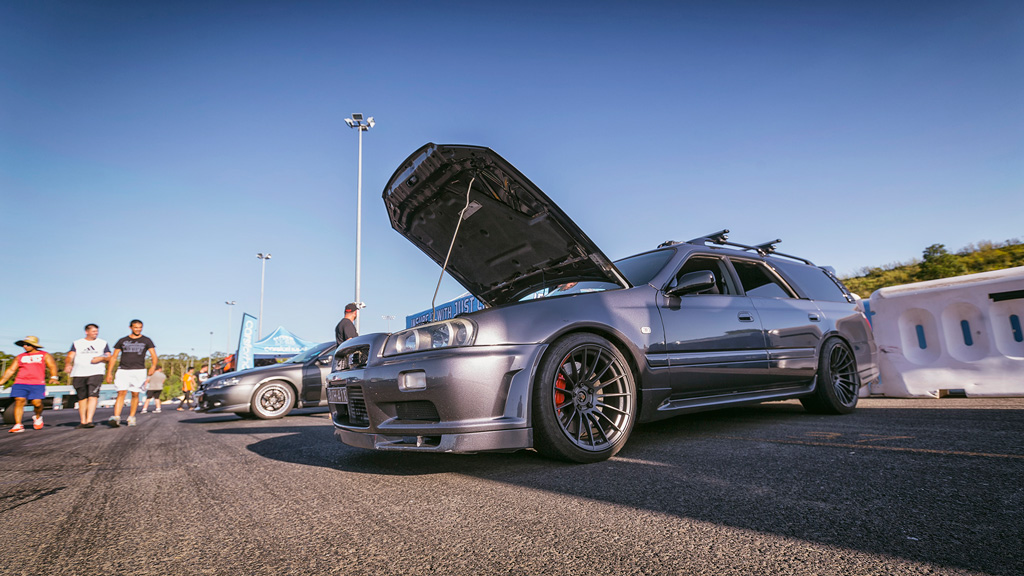 Another centre of attention was the Mighty Car Mods “Double Unicorn” Nissan Stagea.  Marty, Moog, Mechanical Stig and Turbo Yoda were all at the event mingling with their fans and showing off this impressive build. 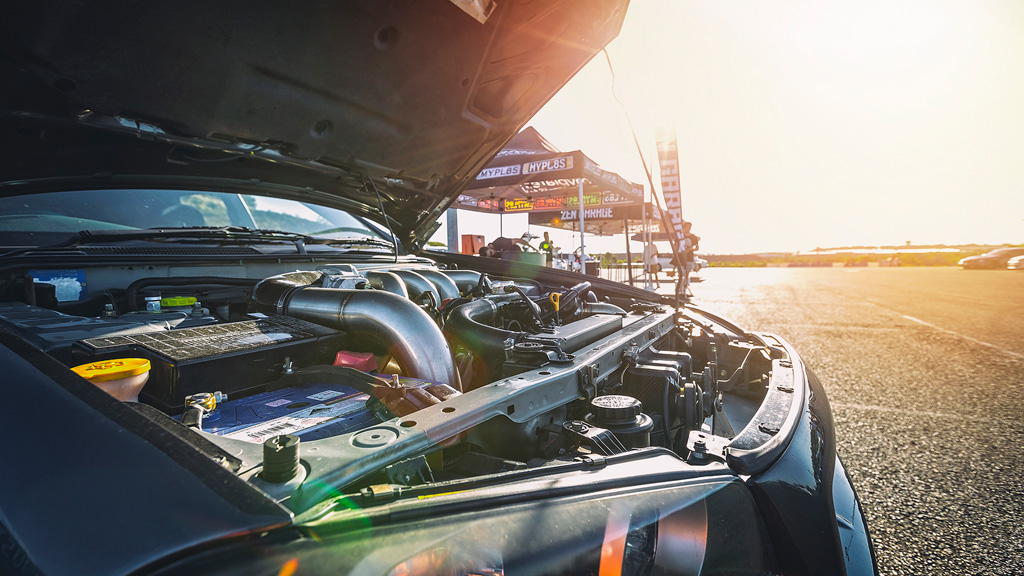 The “Double Unicorn” is running a turbocharged VH41DE conversion.  You can see the videos for this build on their Youtube channel. 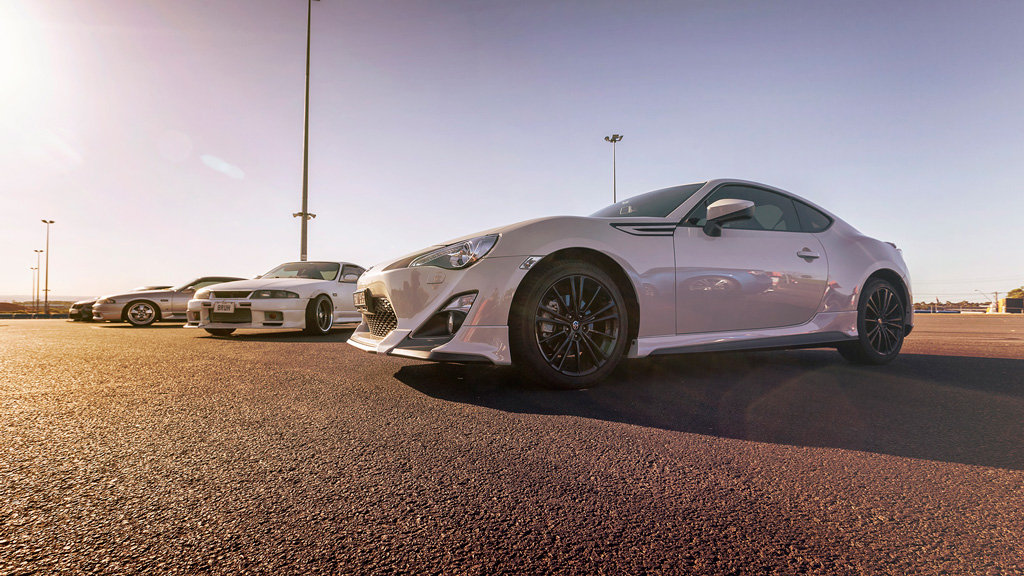 Toyota’s latest revision to their popular 86 is the Blackline Edition.  This revision brings mostly cosmetic changes through the TRD bodykit and a revamped interior. 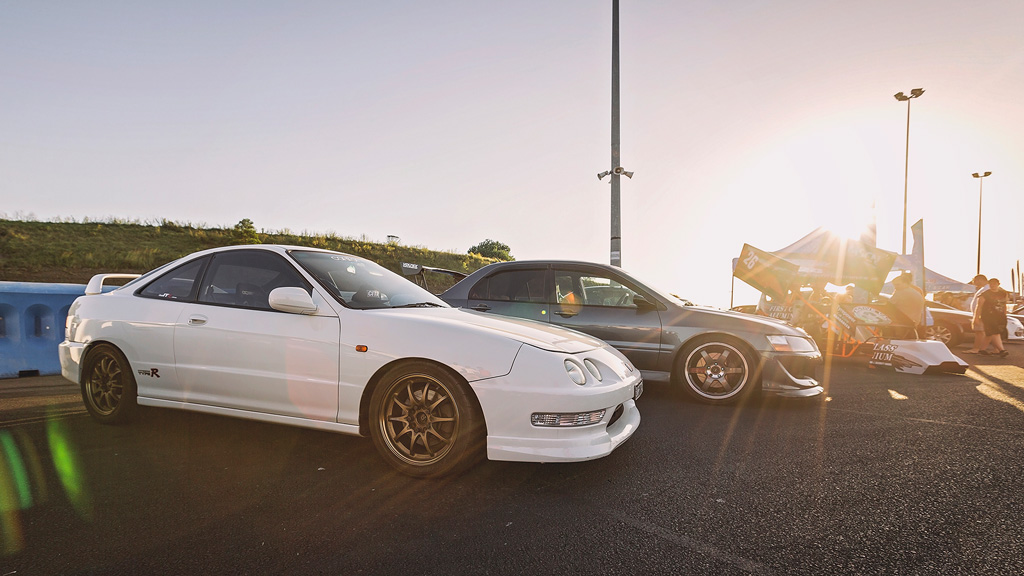 This tidy Honda Integra DC2 looks great on the Volk CE82N wheels.  The wheels aren’t just for show either as the owner enjoys taking it to the track and laying down some laps. 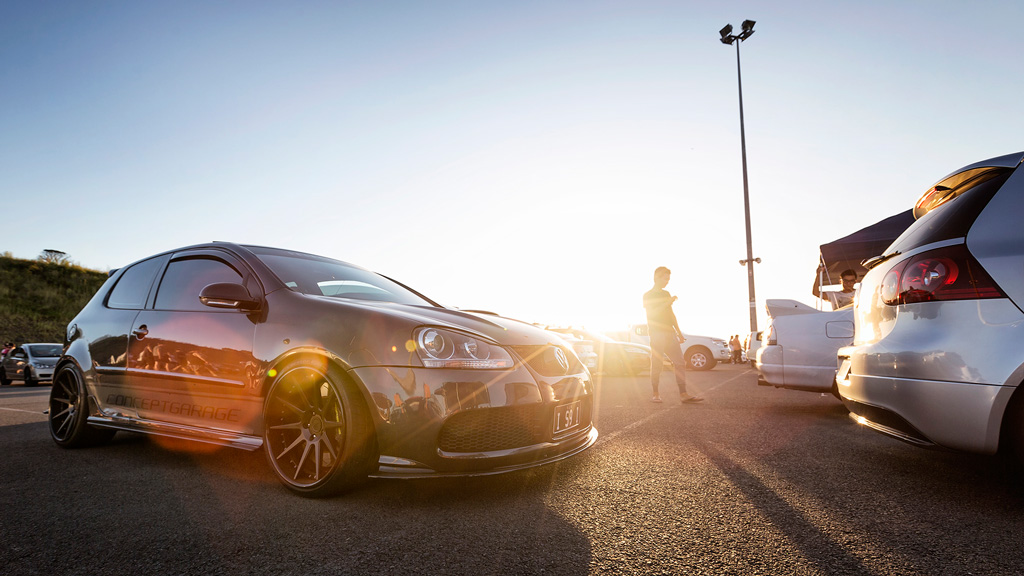 While the above DC2 is all about function, this VW Golf has amazing form.  The custom wide body kit and perfectly matched wheels define this car from all the other grocery-getter Golf’s on the road. 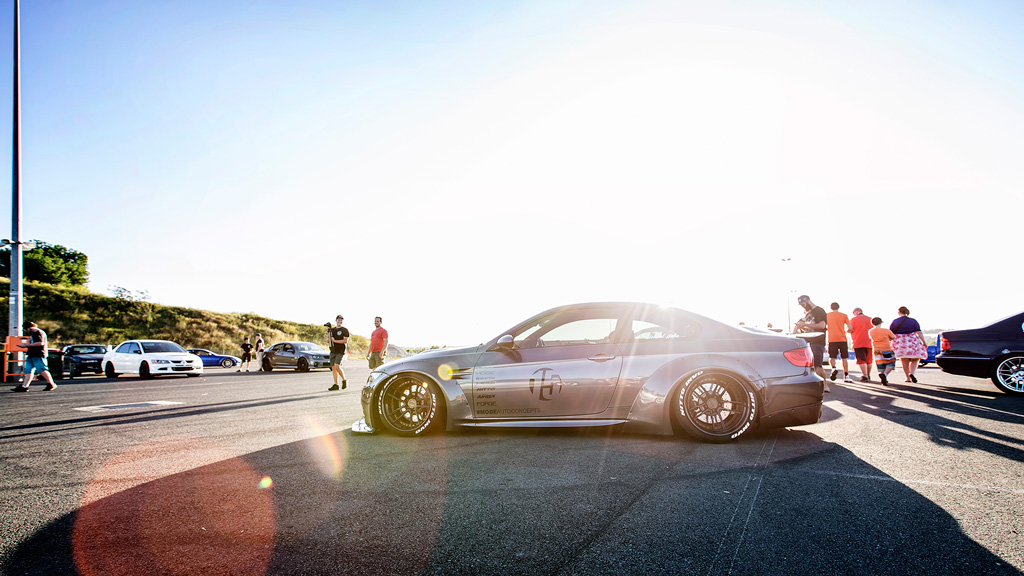 All-in-all the event was a great success.  A huge number of automotive enthusiasts attended the meet and the colour orange was in evidence.  Congratulations to Cars for Hope on an amazing event and for their continuing work on raising awareness of the issues surrounding mental illness.