The Spares Box 205 GTi gets undressed

A few weeks ago, we gave you guys an update as we put some fresh racing Toyo’s on the Spares Box Peugeot 205 GTi. 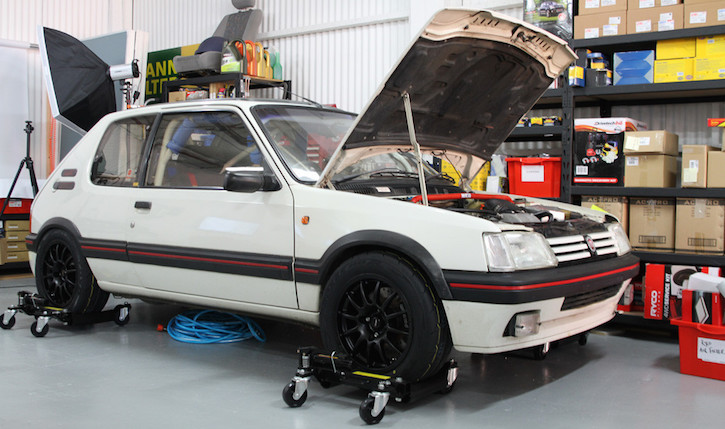 Since then, we’ve hit the track, produced some serious smoke and as such we got a decent view of just how it runs when you give it the beans.

Now though, it looks a little different.

That’s right, the Spares Box Peugeot 205 GTi, not yet officially codenamed because we haven’t been able to think anything up that’s both unique AND politically correct, has been well and truly gutted. Stripped back to it’s bare DNA, the GTi that now stands in our warehouse is the result of 2 weekends hard work by our resident mechanics, ready for a complete rebuild from the ground up.

We turned to James, answerer of many-an-Ask-Spares-Box-question, Fallout 4 addict and all around mechanical wonderkid, to explain exactly what’s been happening in Spares Box’s own little corner of France and just what’s left of the Spares Box project car.

“We started by removing the bumpers, headlights, battery, radiator and most major components. We then began removing the interior, which was very difficult as the roll cage was in the way.

After we finally got it out, next to go was the heater core from under the dashboard, along with the ECU, wiring loom and every last scrap of individual wiring, right down to the indicators. 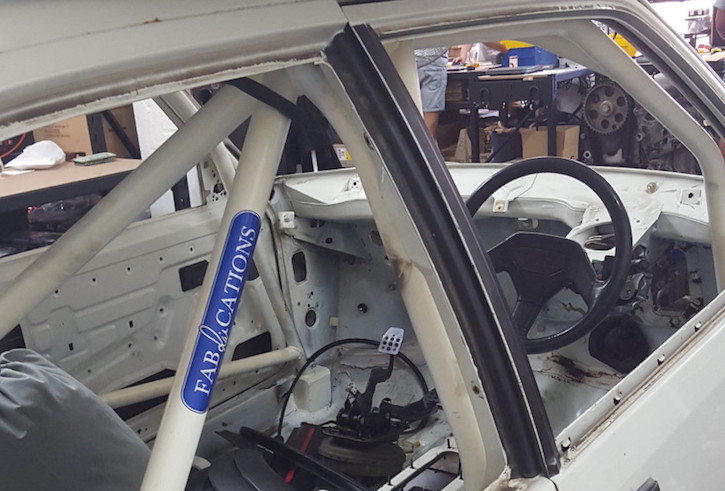 The front suspension came off next, before we separated the gear box from the engine to make things a little easier. Then came the open heart surgery, as we took the engine out with the use of an engine crane and rested it on a Rock Tools stand, where it now sits. 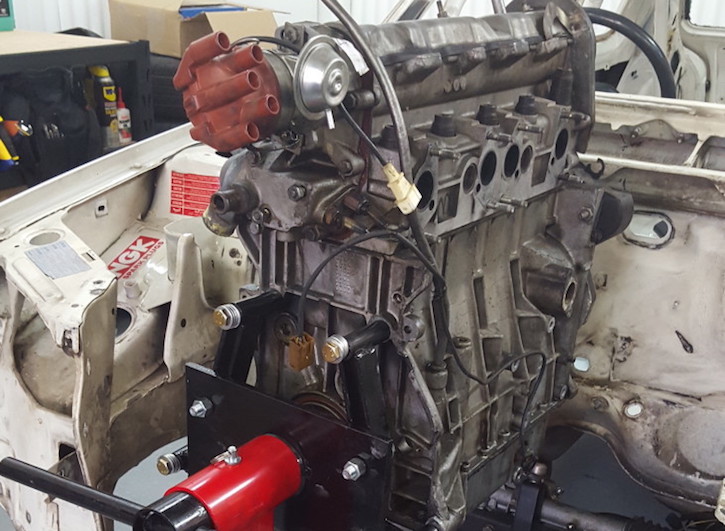 The final internals of the car to go were the fuel tank and the exhaust, before the brake fluid was bled and the hard lines, calipers and master cylinders of the brakes came out. Last to be removed was the glass and Sunroof, and voila!” 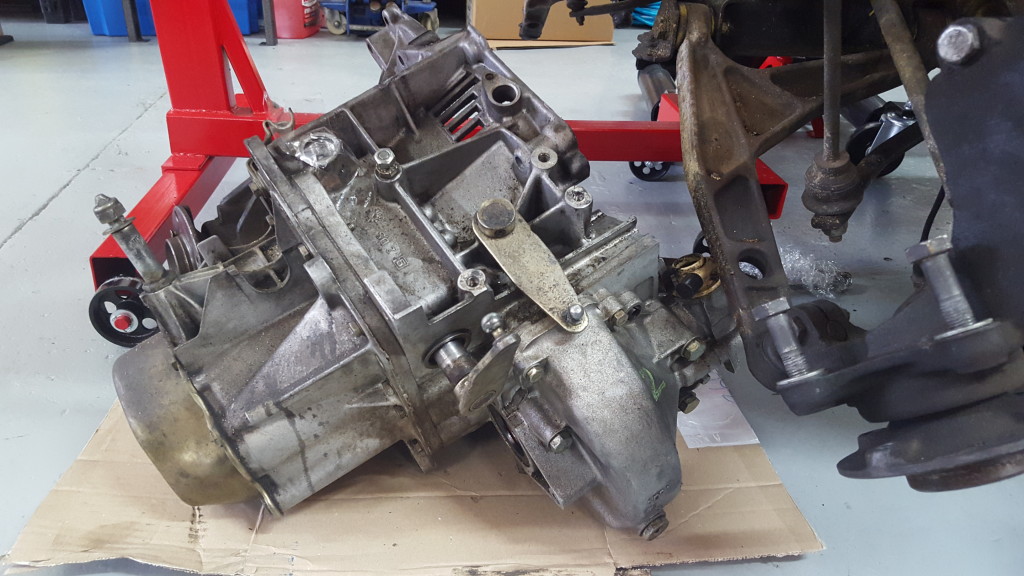 So there we have it. The quest to get the Spares Box 205 into true racing form begins here. We’ll be sure to keep you updated as we go along, and who knows, the car might even have a name before it’s ready to run again.