Exploring all the hidden gems Australia has to offer by 4wd is an experience we will never tire of. New products flooding the market daily and exciting destinations being explored monthly means the 4wd scene is ever changing.

This being said, how do you know you’re venturing down the right path when picking your 4wd and kitting it out? We’re here to help!

When faced with a long list of necessary modifications to get your new 4wd to a level you’re happy with, there is sadly a chance you’ve bought the wrong vehicle.

A prime example would be purchasing a ‘soft-roader’ and then trying to build it into a tough, track conquering beast. The better option would be to buy a more capable vehicle to begin with, meaning less spend and less work for you in the long term.

Often some form of modification is required to your 4wd to make it the perfect track weapon however you shouldn’t need to break the bank to transform the car. Before buying your next 4wd, consider what you want it for in the long term and what sort of touring and 4wding you’ll be using it for – it may just save you from buying the wrong vehicle.

It’s easy to lose count of the number of vehicles carrying high-lift jacks, shovels, and other recovery items that they may never use. Especially when the equipment being carried is potentially dangerous such as the high lift jack, the end result may easily result in expensive vehicle damage.

This is the classic example of the wrong accessory purchased, however there are plenty more examples. Expensive winches on vehicles that never head off-road, mud terrain tyres on a 4wd that spends most of its life touring on highways and big suspension lifts that make daily driving impractical and uncomfortable. The list is endless!

Do some research before you fork out your money. 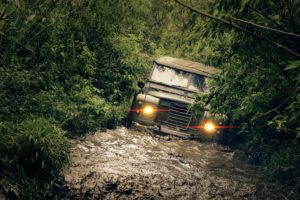 4WD MISTAKE – BELIEVING EVERYTHING YOU READ

The internet is one of the best research tools we have access to and is full of evidence-based information however with that comes a lot of false information.

It’s important to remember, most of the information posted online on sources such as blogs will be extremely subjective and are often heavily bias. Don’t believe everything you read.

4WD MISTAKE – BELIEVING EVERYTHING YOU SEE

It is a nearly daily occurrence seeing SUV and 4wd adverts on TV. Whether it’s a new exciting 4wd or a family soft-roader, almost every day we’re subjected to them.

A great example is the LandCruiser ad that showed a new wagon powering through and bouncing off large stones. We don’t think we need to make obvious what is wrong with that ad! Almost every second of 4wd TV ad shows bad driving techniques. Don’t believe everything you see, it may end in tears.

4WD MISTAKE – PACKING TOO MUCH

Travelling with to much gear and blaming the vehicle is something we see far too often, it is usually the suspension and tyres for not being up to the task due to an overloaded rig!  This situation can often result in the driver going off and buying a larger, more load carrying capable vehicle but will still have the same issues – it comes down to setup. Some compromise is necessary.

The priorities for bush trips are fuel, water, food, recovery equipment and shelter. 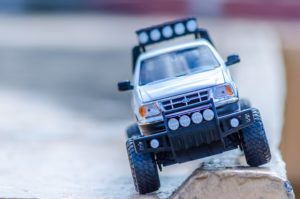 4WD MISTAKE – DOING TOO MUCH TOO SOON

Being too eager can often overcome common sense. Finding out that your passenger hates 4wding while you’re 2000kms from home is less than ideal!

If you’re getting into the 4×4 scene, before you go and spend your pay cheque on a heap of 4wd accessories, go for a few short trips first and work out exactly what you need. Maybe join a 4WD club and do some weekend outings and training sessions with them. Any bigger trips are best done after a year or so mucking around on smaller trips closer to home.

A 4wders best friend is their navigation set up. One track looks very much like the next with many such tracks being old logging tracks or oil exploration seismic lines that lead nowhere.

The golden rule? Never travel on any track we can’t locate on a GPS or paper map UNLESS you’re prepared for the worst.

Bush etiquette that is sadly being forgotten more and more. Tracks close, campsites ruined and lookouts overgrown – all due to a small percentage of the 4wd population forgetting some of the basics.

Creating extra tracks where none were needed; cutting down live trees to make fires and forgetting the simple mentality of “Leave the bush in better condition than how you found it.”

Other offenders are newcomers who simply don’t know bush etiquette. They’re untrained and often can’t be avoided however just remember, if others around you or before you haven’t done it, it’s usually a good indicator for you not to be the first. 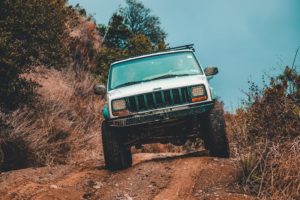 In convoy procedure, you are responsible for the person behind you. Stopping at corners for them to catch up to know which way to go and constantly talking to them to alert them to any dangers such as oncoming traffic or washed out parts of road. That way, the convoy doesn’t get stretched out over many kilometres before discovering that someone has trouble.

Slowing down at corners so all behind can see where you’re heading is the easiest way to ensure your group stays together and you avoid the unfortunate event of getting separated.

4WD MISTAKE – NOT BEING PREPARED

High stress recovery scenarios or technical recoveries can and will need practice and training to perfect. 4×4 courses such as sand driving, advanced recovery courses and other demonstrations will all be vital to you getting out of sticky situations safely!

Advanced courses can take your skill set further, with complicated recovery techniques, including multi-block and belaying winching, and trailer extraction for example. 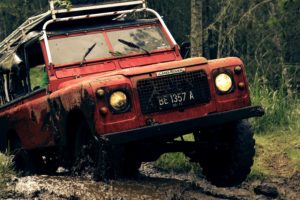