SuperPro is one of Australia’s most innovative manufacturers of automotive polyurethane suspension bushings and parts. Locally designed and manufactured, SuperPro suspension parts and SuperPro Bushes have been designed and engineered to the highest standards to create suspension solutions that provide improved handling, greater stability and superior vehicle control than their OEM counterparts, in both on and off-road driving applications.

With more than 30 years’ experience providing high quality aftermarket suspension components to the Australian market, SuperPro Australia has grown to become one of the world’s most trusted and respected suspension manufacturers. SuperPro has steadily grown, developing highly advanced proprietary formulas for their alignment solution components, and their ranges of polyurethane bushings along with their Roll Control sway bar systems. For race teams, performance suspension companies and mechanics all across the world, SuperPro is synonymous with high quality, cost effectiveness, and lasting performance. The steadfast quality of each SuperPro product is admired by drivers everywhere, as is the reliability of accessories such as SuperPro Polyurethane Bushes.

SuperPro suspension components are manufactured using patented polyurethane formulation for enhanced temperature and abrasion resistance in all of their parts. The elastomer-based material used in SuperPro Suspension is a type of thermosetting synthetic polymer that involves the reaction of isocyanate resin with curing agents. In simple terms, this means that SuperPro’s parented polyurethane formulation (used in the creation of SuperPro bushings and other suspension parts) combines the best elements of plastic and rubber for performance and durability. In addition, SuperPro's Control Arm Kits also come with pre-installed Superpro Bushings. Whether you’re looking for high-performance or everyday driving comfort, SuperPro’s range of high-quality, long lasting suspension bushings, sway bars, control arms and other parts are suitable for every driving application.

Did you know that TEIN coilover suspension systems, the trusted suspension choice of some of the world's most demanding race teams and motoring enthusiasts, utilise SuperPro bushings? In addition, SuperPro is also the trusted suspension product supplier for Formula 4x4, Australia's leader in 4x4 Lift Kits. Their Superpro bushings kits and other product kits form the bulk of all Formula 4x4 lift kits which are used for a variety of applications. Our range of SuperPro Bushings, SuperPro Control Arms, SuperPro Sway Bars and SuperPro Suspension Products grow out of this tradition of excellence.

Our Selection of SuperPro Sway Bars and SuperPro Suspension Parts

Sparesbox has teamed up with SuperPro to offer a huge product range for your suspension system and elsewhere in your vehicle. Whether you’re looking for Superpro Bushes, SuperPro Control Arms, SuperPro Sway Bars, SuperPro Anti Lift Kits or more, Sparesbox has got you covered. So, whether you’re chasing lap times, off-road performance, or just looking for a more comfortable ride, installing a Superpro Suspension enhancement product is the way to achieve your car goals.

We're also proud to stock the SuperPro Roll Control product range, designed to provide sharper steering, improved handling, better grip and less body roll for any track, street and off-road vehicle. Check out our range of SuperPro's Roll Control Control Arm, Sway Bar and Bushing products if you're looking for high performing, quality tested products that will give you the enhanced driving control you crave!

Fitting Note: Designed to negate the need for plates or other improvised bits & pieces and to fit perfectly into the press dies of PRESSKIT1 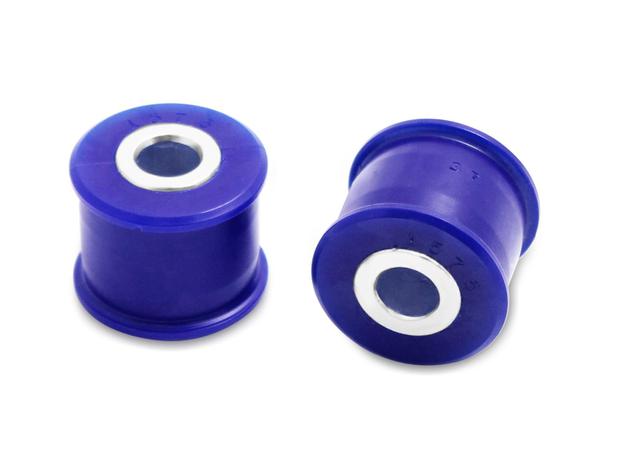