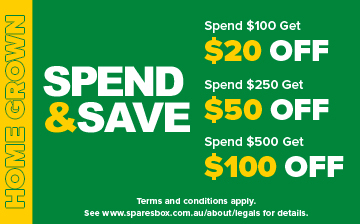 The primary job of a vehcile's Cooling System is to take care of the heat from the engine, as most of the energy in gasoline is converted into heat.

What are the Parts of a Cooling System?

A major part of the Cooling System is a radiator. It passes hot coolant through its metal fins that conduct heat away from the liquid and into the air. When the coolant has reached the correct temperature, it is pumped back into the engine block. The purpose of your vehicle's water pump is to pump coolant through the car's engine. Most frequently, the water pump drives off the crankshaft pulley or the crankshaft itself.

When your vehicles engine is cold, no coolant flows. Once the engine reaches its operating temperature, the thermostat opens. By letting the engine warm up as quickly as possible, the thermostat reduces premature engine wear and cold start wear.Both these are vital pieces to your vehicle cooling system however there are many more parts that make up the whole cooling system. It works as a holistic being and when one elements fails it can often cause not only other parts to fail but can mean your car isn't driveable.

Our Range of Cooling System Parts

With every aspect of your cooling system covered including some of the smallest parts no matter if it's a simple hose clamp or radiator cap or a full radiator, Sparesbox has what you need at the best prices.

How To Choose the Right Clutch for Your Car